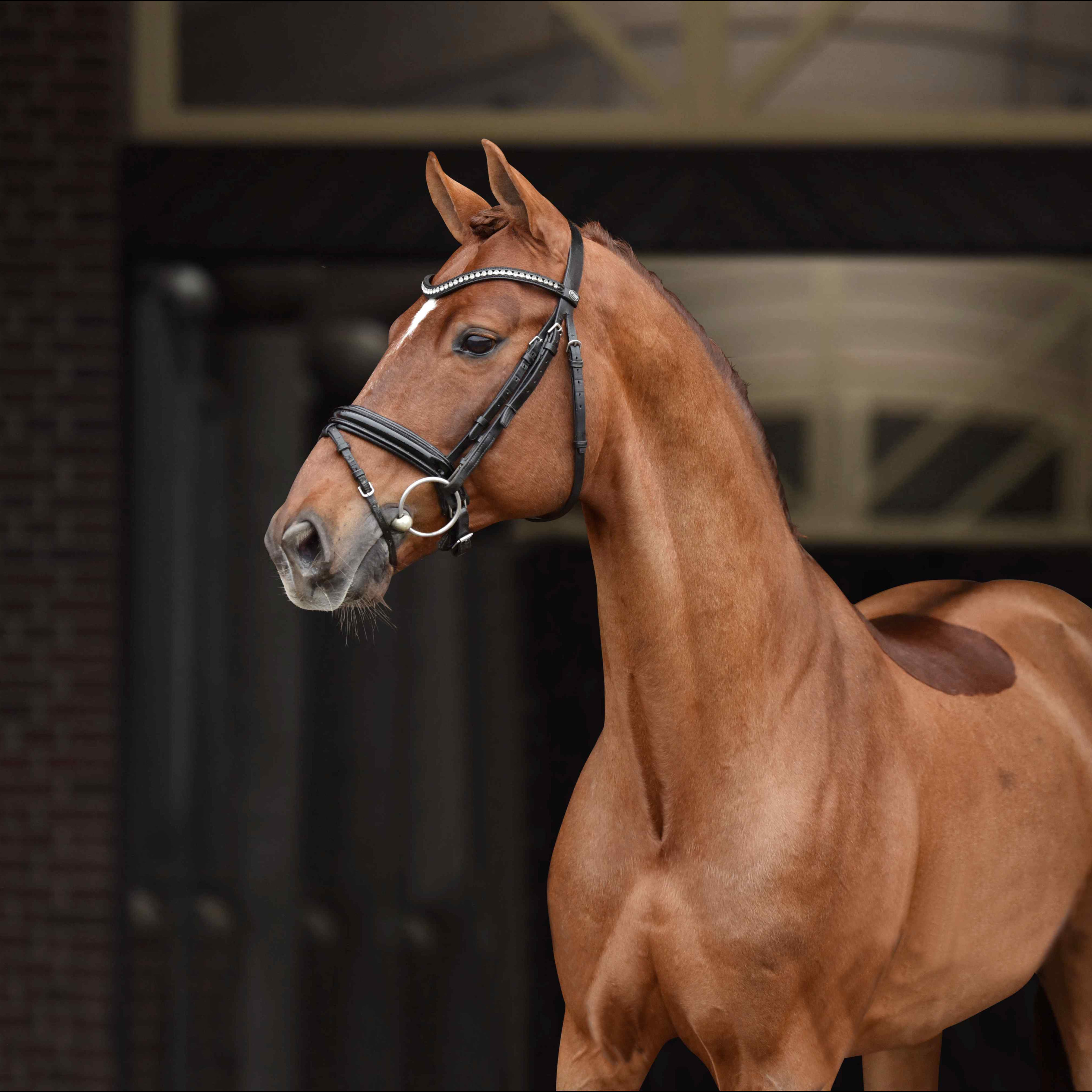 About - Baron is a sensational young stallion who we are incredibly pleased to be offering for the 2017 season. Baron's basic gaits are outstanding, with perfect mechanics; he is awesome in every pace. Loose through the shoulder, maximum freedom of movement, and a super, pushing hindleg over and elastic topline. Not only that, but he has a great brain as well, already proving to be very rideable and easy to train.

Performance -  He is already licensed in Westphalia, Oldenburg and Denmark, and has completed his 10-day and 35-day performance tests. Baron has mesmerised the crowds at the Spring stallion shows in 2017 and is one of the most talked-about young stallions on the scene.

Sire - Benicio is a beautiful stallion, who was not available to European breeders for the early part of his career. Immediately after his approval, Benicio was stationed in South Africa to serve as a dressage breeding stallion for Callaho. Two years later, in 2011, convinced by the high quality of his foals and to do justice to his extraordinary potential, he was returned to Germany to be professionally trained by Anna-Sofie Fiebelkorn, and earn his full breeding license for the Hanoverian Verband. In Germany, Benicio flourished and went on to win the six-year-old German Bundeschampionate as well as his Stallion Performance Test at Schliekau, with perfect 10’s for walk, trot and canter. His final score for the dressage section, 9.88, superseded even that of his father and was the highest score ever achieved in a stallion performance test.

Benicio's sire Belissimo M is a renowned sire of grand prix horses, famous for passing his good temperament, his rideability, and a pretty face! He competed at top level himself, and his offspring include Bella Rose, part of the gold medal-winning German team at the 2014 World Equestrian Games, and three licensed grand prix sons; Biedermeier, Bestseller Royale, and Barclay 20.

Damline - Damsire Sir Donnerhall I is one of the best sires in Germany. A son of the great Sandro Hit, Sir Donnerhall is the sire of the double World Young Horse Champion, Sa Coeur (2012 and 2013), who sold for a staggering €2.3million at the 2012 PSI Auction in Germany. The only horse to have exceeded this was the Sandro Hit daughter Poetin, who sold for €2.5million in 2003. His son Sir Heinrich was Oldenburg champion four-year-old and Vice Bundeschampion, and Stanford was bronze medallist of the three-year-old stallions. Sir Donnerhall himself was Bundeschampion as a five-year-old, and Vice World Young Horse Champion. Third sire Friedensfürst is an incredibly versatile sire; his offspring include a 1.40m-level showjumper, a CCI3* eventer and several grand prix dressage horses.