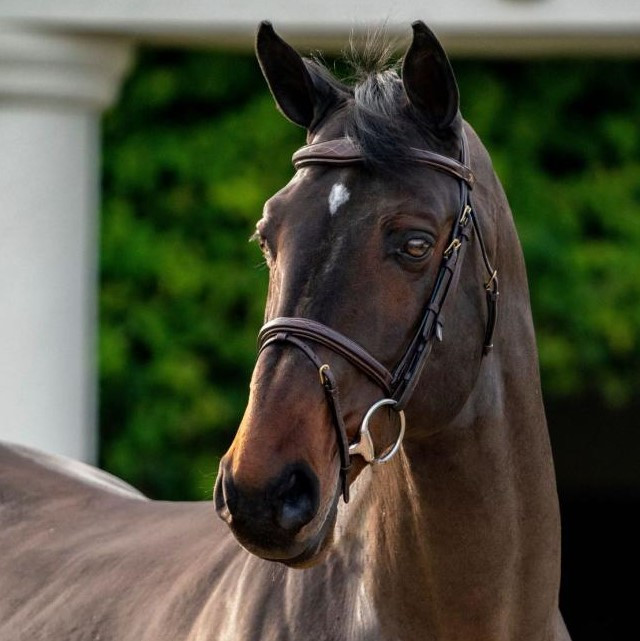 About - Chatinue jumped at 1.60m level representing Mexico and is a son of world-class sire Chacco Blue. He is a scopey stallion who is extremely balanced, he has mainly focused on his sporting career therefore many are looking forward to the opportunity to get to see what this champion stallion has to offer in breeding. Chatinue is the half-brother of Darragh Kenny's former top stallion Balou du Reventon and the foundation sire Balou du Rouet.

Performance - In his sport career Chatinue was mainly ridden by Mexican riders. The Chacco Blue son jumped up to Grand Prix level ridden by Mario Onate and Salvador Onate and was later successful with both Luis Alejandro Plascencia and Nicolas Pizarro. Ridden by Plascencia, Chatinue also jumped in the CSI5* competitions of Spruce Meadows, Calgary in 2019.

Sire -  Chacco-Blue was successful internationally at grand prix level with Alois Pollmann-Schweckhorst and Andreas Kreuzer, winning the 2012 Neumünster grand prix, among others. He sired more than 30 licensed sons and 119 advanced level/S level show jumpers, who have so far won more than €747,000. Chacco-Blue was the best-represented stallion at the 2015 European Championships, despite having died three years earlier aged just 14, after a long battle with borreliosis (Lyme disease).