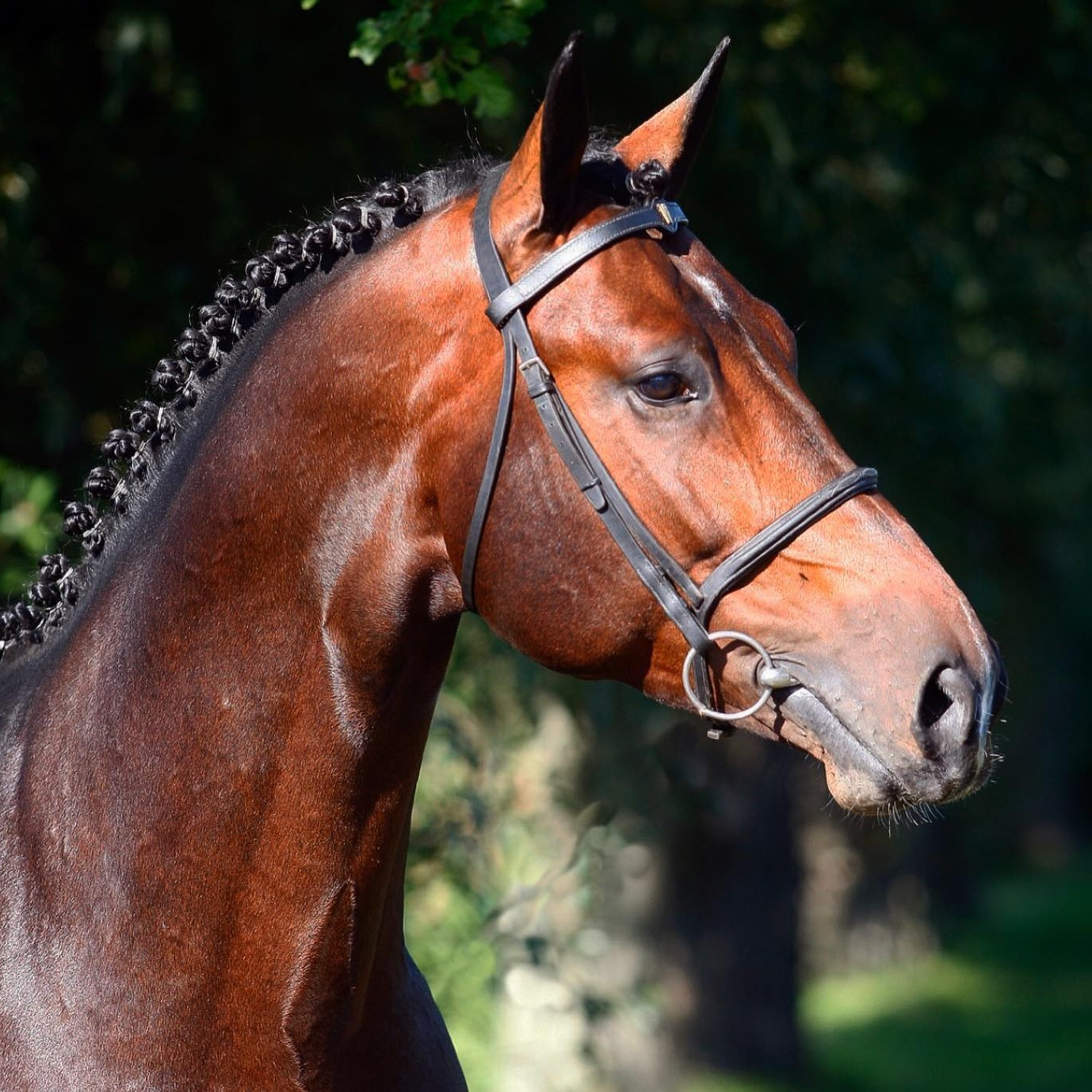 About & Performance -  Not only does this stallion have all the desired jumping qualities, his model and pedigree are also exceptional. The beautifully typed Corlou, large framed and a close to perfect stallion model, has a fantastic pedigree with Cornet Obolensky, Baloubet du Rouet, Chacco-Blue, Cento and Argentinus bloodlines. In this dam line we find many Grand Prix showjumpers and approved stallions.

Sire - Cornet Obolensky was second reserve champion and the spectators' darling at his 2002 Westphalian licensing. At his 30 day test in Münster-Handorf in 2002, he left his competitors far behind, with a score of 9.24 in the partial index for jumping. The judges even gave him the maximum score of 10.0 for loose-jumping. In 2011, Cornet Obolensky won the gold medal with the German team at the European Championships in Madrid. In 2012, he won the World Cup qualifier in Zürich, the Nations Cups in Rome and Rotterdam, and was recognised as the most successful show jumper in Germany. Under Marco Kutscher, he won grand prix and Nations Cup competitions, including the Samsung Super League final in Barcelona, which he won twice. In 2008, he took home bronze at the German National Championship and won the grand prix in Balve and Cervia, as well as in the Nations Cup competition in Rotterdam. He was also a member of the German Olympic team in Hong Kong. In 2009, he was second in the Bordeaux World Cup qualifer, third in the grand prix competition in Rio de Janeiro and was placed in the Global Champions Tour Final in Doha. His lifetime earnings are approximately €800,000.