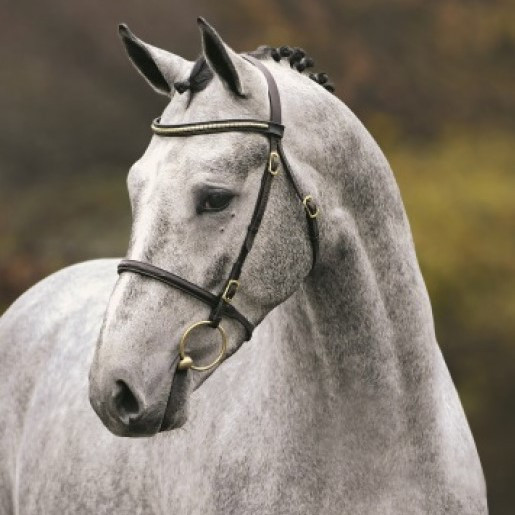 
Terms - €1500 +VAT for unlimited attempts with chilled semen on one named mare in one breeding season, if the mare is certified not in foal by the end of September €1150 +VAT will be refunded.

About - Crack consistently demonstrated his jumping quality at the preselection and inspection sites – very scopey and with a very good bascule, he comes across as ambitious, with a can-do-attitude and a particularly striking hind leg technique. Crack’s exceptional jumping quality had become obvious already in his first showing season. He won almost all young horse classes he was shown in at marks up to 8.6. Brought on further and matured, he chalked up young horse jumping classes to M* level and qualified for the Warendorf National Championship.

Performance -  Crack’s first showing season has seen him demonstrate his exceptional jumping quality, as he returned from almost all outings in young horse classes victorious with marks as high as 8.6. The Cornet Obolensky son Crack won the Verden sport test by a clear margin in 2020. With a final mark of 9.25, his was the best result of all five-year-old jumpers across Germany. This mark was made up of the marks 8.8 (scope), 9.0 (canter), 9.2 (technique), 9.5 (overall impression) and 10.0 (rideability).

Sire -  He was second reserve champion and the spectators' darling at his 2002 Westphalian licensing. Then, at his 30 day test in Münster-Handorf in 2002, Cornet Obolensky left his competitors far behind, with a score of 9.24 in the partial index for jumping. The judges even gave him the maximum score of 10.0 for loose-jumping. In 2011, Cornet Obolensky won the gold medal with the German team at the European Championships in Madrid. In 2012, he won the World Cup qualifier in Zürich, the Nations Cups in Rome and Rotterdam, and was recognised as the most successful show jumper in Germany. Under Marco Kutscher, he won grands prix and Nations Cup competitions, including the Samsung Super League final in Barcelona, which he won twice. In 2008, he took home bronze at the German National Championship and won grands prix in Balve and Cervia, as well as in the Nations Cup competition in Rotterdam. He was also a member of the German Olympic team in Hong Kong. In 2009, he was second in the Bordeaux World Cup qualifer, third in the grand prix competition in Rio de Janeiro and was placed in the Global Champions Tour Final in Doha. His lifetime earnings are approximately €800,000.

Damline - Crack’s dam line has distinguished itself at international level in competition. His sister Corcega la Silla by Casall attracted a lot of attention in youngster classes at international horse shows under Rolf-Göran Bengtsson and is now very successfully shown at S level by Jose Antonio Chedraui, particularly in Mexico and North America. A brother to Crack, Inar C by Quidam de Revel, competed in jumping classes at international level to 1.50 m already at nine-yearold. His second dam Adele has also produced the successful sport and breeding stallion Ouinar by Quidam de Revel.