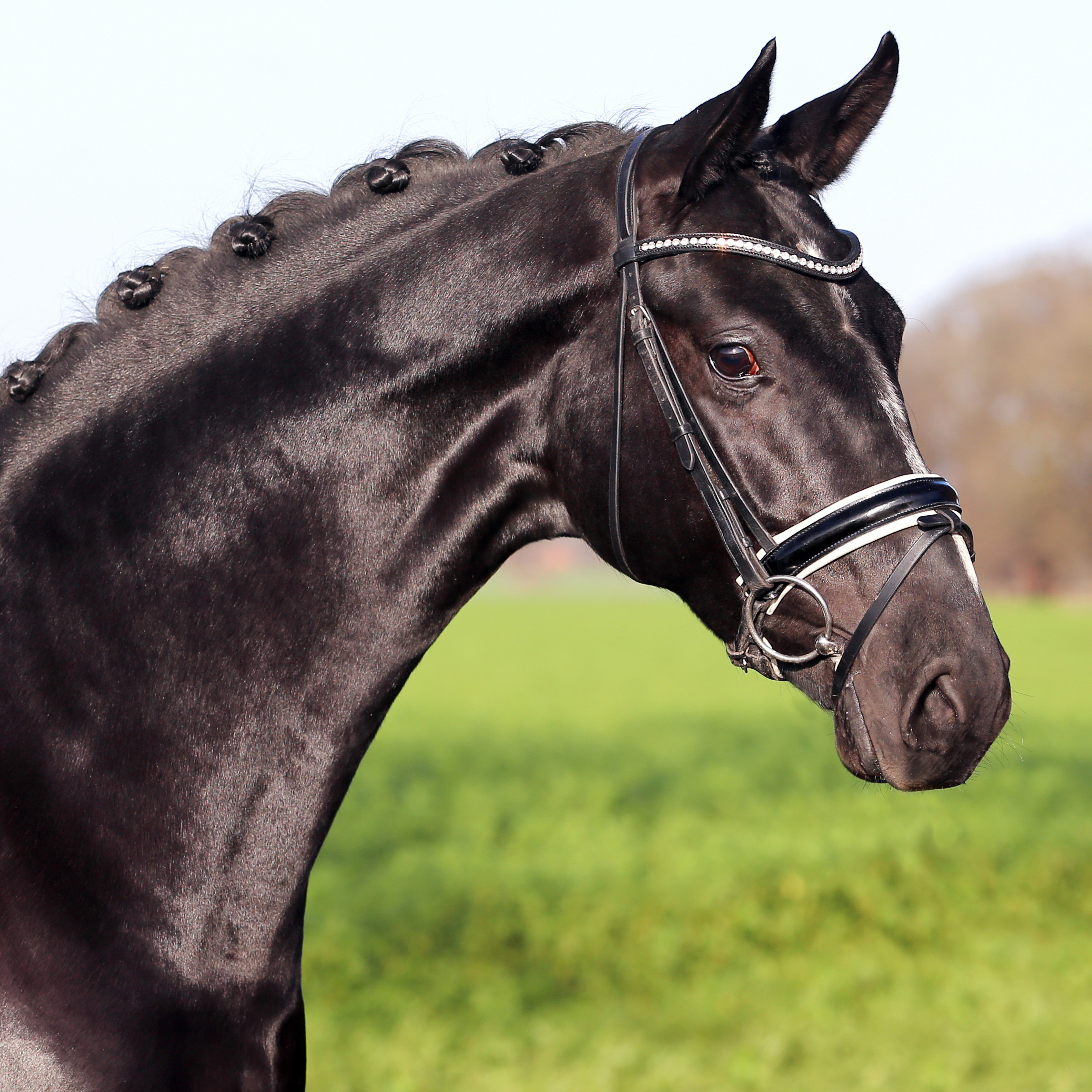 About - An impressive overall impression, standing out from the crowd with his movement and conformation – this is a dressage talent for the highest demand. Dancier Gold convinces with three equally extraordinary basic gaits, a powerful and dynamic action in trot, a big springy canter and a walk always in rhythm with the gait.

Performance - Having passed an excellent 30-day-test (trot 9,0; canter and rideability 8,5), he made a successful show debut. With Anna-Sophie Fiebelkorn he took the bronze medal at the Hanoverian championships in Verden and made it into the final at the Bundeschampionat, coming fifth. In Febuary 2019 Dancier Gold was the high scorer of the 2019 Stallion Sport Test in Verden. Under Simone Pearce he scored a total of 8.73 including 9.0 for general impression and 9.3 for trot.

Sire - Dancier was champion of the 2004 Hanoverian Stallion Licensing in Verden and the 2005 stallion performance test in Adelheidsdorf; after his performance test, he sold for €330,000 to the state stud at Celle. As a young horse, he was reserve champion of the Hanoverian Young Horse Championships, and was third in the four-year-old Bundeschampionat final. In 2008 he was a finalist in the six-year-old Bundeschampionat, and is now successful at advanced level. Dancier's sire De Niro is top of the WBFSH Sire Rankings for 2016, and has enjoyed a phenomenal career in both sport and breeding; he has produced countless grand prix horses, winning medals at the highest levels. The De Niro/Weltmeyer cross, in the second generation of the pedigree, has also produced Delgado (individual bronze, Aachen 2015), Super Nova II (team silver, Rio 2016), and Danone I's full brothers Danone II (now deceased) and Der Designer, both winners at Inter II. Dancier's damsire Lancier is by the great Thoroughbred stallion Lauries Crusador, who won his own performance test with the highest marks in every section, including a 9 for rideability.