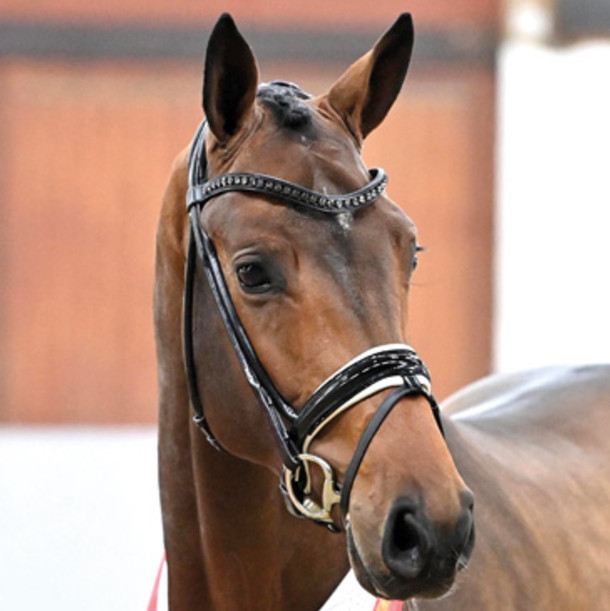 Sire - In 2021, his father Escamillo confirmed all expectations by becoming vice world champion of the six year old dressage horses. He was awarded premium at his licensing in Verden in 2017. This year he provided seven licensed sons.
Mother of Escamillo is state premium mare Cassila, daughter of Rohdiamant and out of the famous German dam line of Cinderella of stud Wendeln. Many licensed stallions, state premium mares and successful sports horses stem from this dam line. Among other Cathy OLD, who was German National Champion of four year old mares in 2018. Cassila‘s mother Chantal (by De Niro) is mother of licensed stallions Romanist and Merogonie.