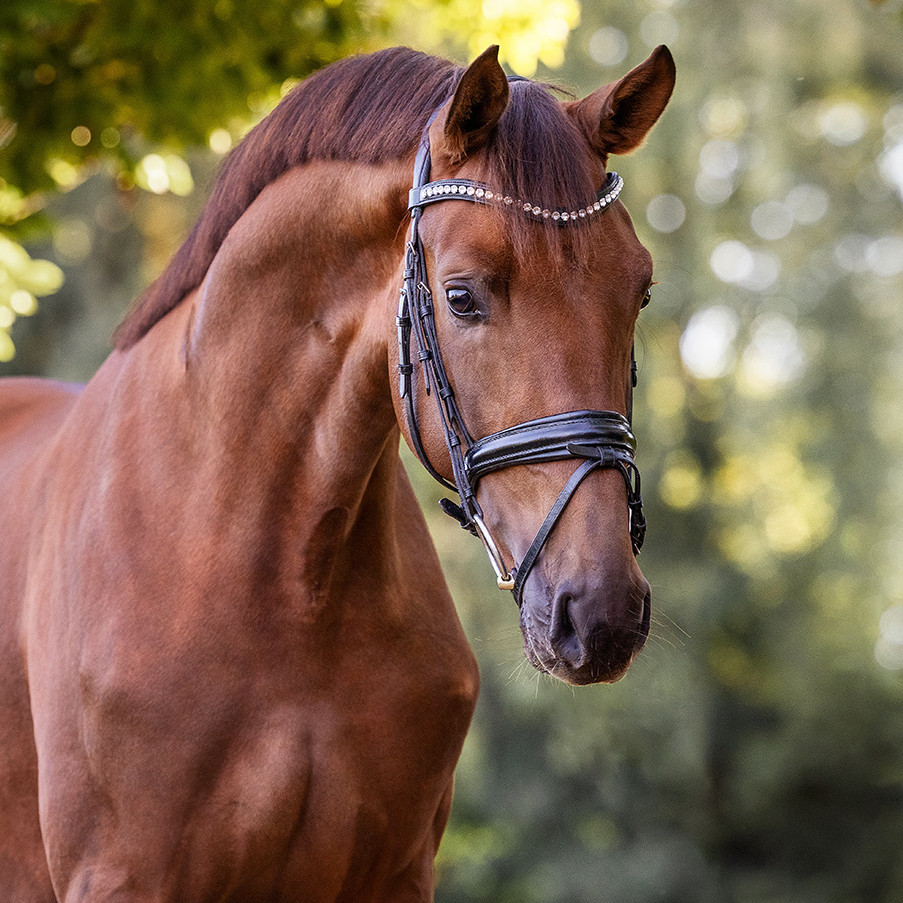 About - Feliciano is athletic in the most modern way, he has correct foundations , three balanced gaits, and is extremely rideable. These extraordinarily positive dispositions are clearly indicated by the pedigree, which is special in every respect. Feliciano is almost a spitting image of his father Floricello, whose offspring are becoming more and more important.

Sire - Floricello is a 2008  Oldenburg stallion by Florencio out of Starlett (Dormello x Feingau x Inschallah AA). He was the reserve champion of the 2010 Oldenburg Stallion Licensing in Vechta and sold to Inger Marie Hemmingsen in Sweden. In 2011 Heiko Klausing competed him at the 2011 Oldenburg young horse championships in Rastede and a few months later Jennie Hemmingsen scored silver at the 2011 Swedish Young Horse Championships.

Dam - Lady Andora was the winner of her mare performance test with the final score of 8.63 and was  successful in tests for riding horses and dressage horses at A and L levels.

Unfortunately, the highly talented dam's sire Boston, only gave a short guest appearance in German breeding. Nevertheless, with Bonita Springs he delivered the second-placed with over 78% in the Nuremberg Burg Pokal finals in Frankfurt, ten licensed sons, including the Westphalia licensing winner in Borsalino in 2014, and another 23 successful advanced level dressage horses.

Grandmother Lady Adele is dam of the licensed son Henry the Great. Her father Lord Sinclair I was double Bundeschampion, main premium and performance test winner and is successful up to Grand Prix level. He produced 20 licensed sons, 45 advanced level dressage horses and in 2002 the national champion mare Prima Ballerina.