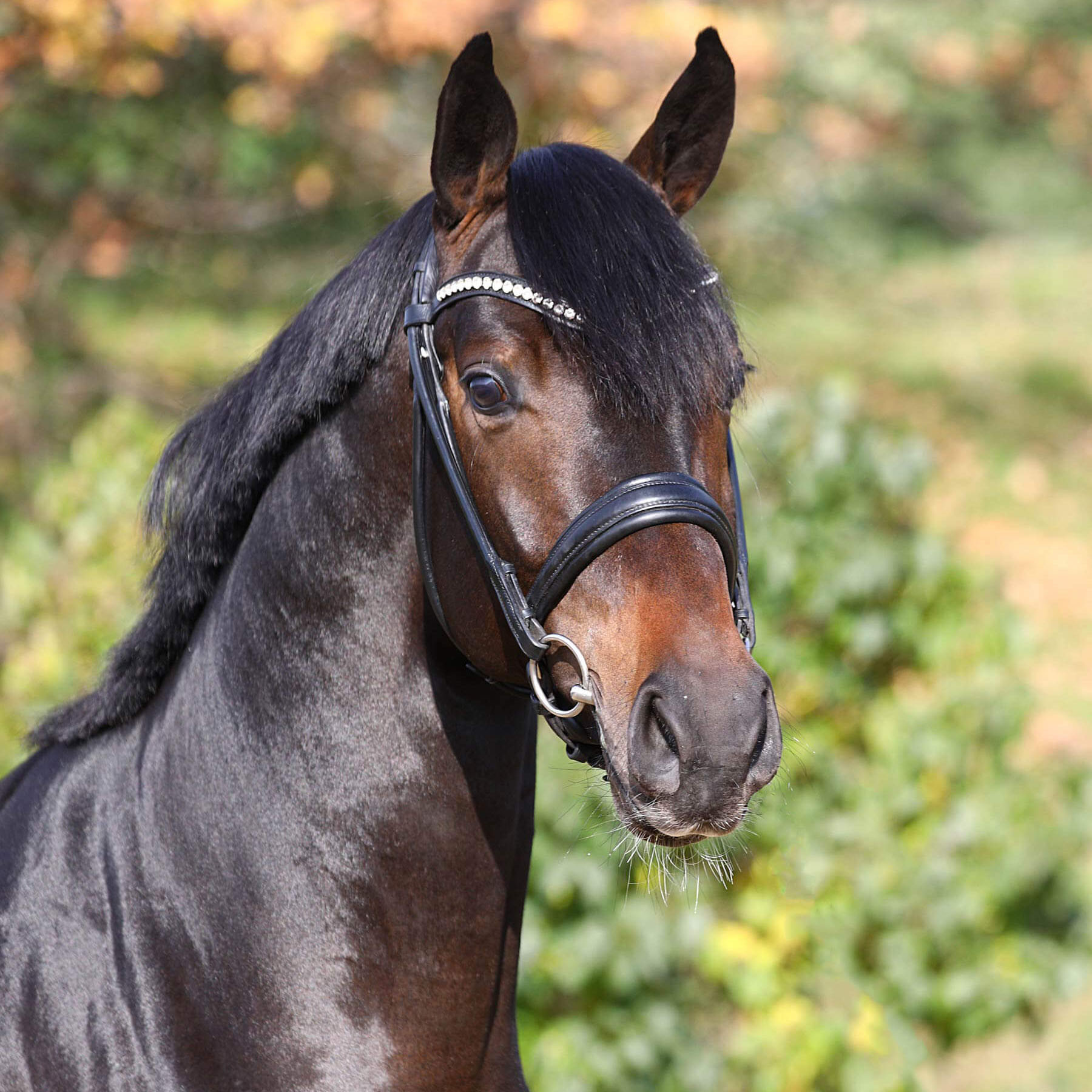 About & Performance  - Fidelity is an impressive mover, highly modern, long-legged, he is a highly gifted stallion with striking elegance. With these attributes this noble horse inspired at the Oldenburg licensing in Vechta. In particular his excellent engagement of hindquarters, characterized by his powerful push-off and stepping easily under the centre of gravity, as well as his exemplary high-knee action and freedom of the shoulders created goose bumps at every presentation. Due to his excellent appearance, his outstanding quality of movements and his elevation, he exudes exclusive nobility and elegance that fascinates every spectator.

In 2021, Fidelity celebrated a formidable season with record marks in dressage. First he shone with the dream grade 9.5 in the dressage horse prf. Class A in Buchholz. This was followed by seven victories up to the dressage horse test Kl. L, the effortless Bundeschampionats qualification with a proud 8.7 as well as the title of Oldenburg Vice State Champion of the five-year-old dressage horses in Rastede.

Sire - His sire Fiderdance, under his rider Lena Waldmann makes one of the most promising up-and-coming grand prix horses in Germany. In 2018, this young pair collected first victories in the short grand prix, won the qualifier for “Stars von Morgen” (Stars of Tomorrow) and took the bronze medal in one of the qualifiers for the well-known Louis d'or Trophy. In 2016 Fiderdance was the best German seven-year old horse placing eighth in the final of the prestigious Nürnberger Burgpokal.

Damline - The dam’s sire Sandro Hit, who is sired by the prime stallion Sandro Song, is taken as line-founding stallion and an absolute trademark stallion. Around 200 licensed sons and an offspring’s lifetime winning sum of about 1.3 million Euro speak for themselves.

Riccione, found in third generation, is a representative of the popular R-line. He became the most demanded candidate at the Hanoverian licensing in 1998 and was dressage champion at his stallion performance where he also received a score of 10.0 for rideability. In sport Riccione competed victoriously up to Intermediaire I.

Fidelity’s great granddam Bellevue (by Brentano II) was winner of her class four times in a row and presented the licensed and powerfully inheriting stallion Samarant (by Sandro Hit), who succeeds internationally for Denmark under young riders, as well as the licensed Worcester by Weltmeyer. Great great granddam Wise Girl xx gave birth to the licensed stallion Wild Life by Warkant. This highly successful dam line of Sedbury Royal Mare xx produced several advanced level successful sport horses and numerous licensed sons such as Dantander Hit by Dancier, Livingstone by Lancer II, Frühlingshaft by Frühlingsball or Royal by Roderich as well as myriads of licensed Thoroughbred stallions.