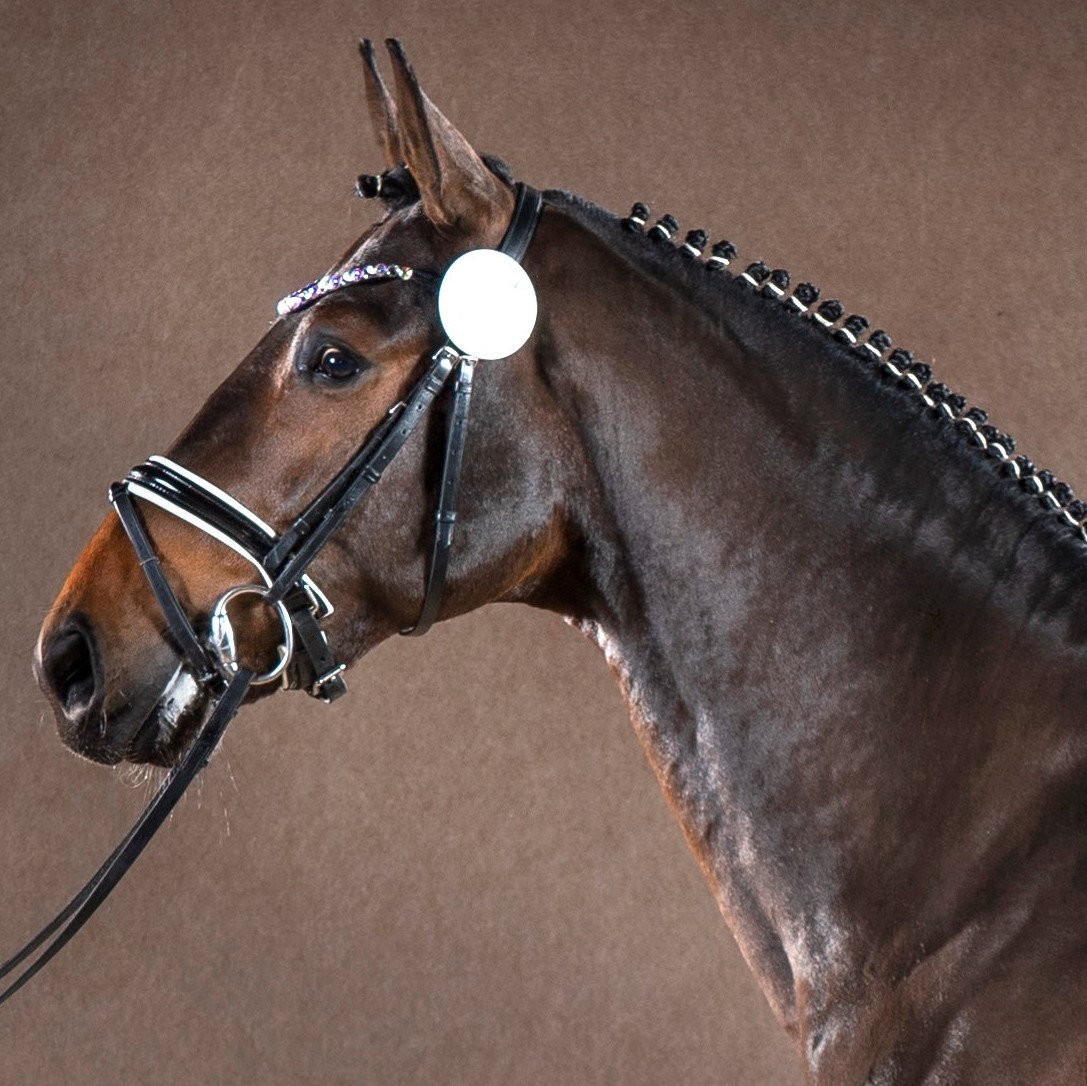 About & Performance - Rarely has a young stallion jumped so well and at the same time remained as focused as Forlee at his licensing in Westphalia, where he was highlighted as the 2nd Reserve Champion. A performance athlete and model for the future, who comes from the ingenious pairing of the stallion of the century For Pleasure with the reigning world champion of young horses Chao Lee.

In 2021 Forlee was the winner of his Stallion Sport Test for 4 year old stallions with the total score of 9.22 points.

Sire - Two Olympic team gold medals in Atlanta/USA and in Sydney/AUS, three European Championship team gold medals in Mannheim/GER, Hickstead/GBR and Donaueschingen/GER, single bronze at the European Championships, two gold medals at the German Championships, second place in the World Cup final and in the Riders Tour - and these are only the "Major Results" of his sire For Pleasure, who won a total of more than 1.8 million Euros. Already in 2003, he led the ranking of the world's best jumper sires - and has long been regarded as a breeding evergreen.

Damline - In 2018, the dam Chao Lee won gold at the Bundeschampionat of five-year old show jumpers under the breeder's daughter Katrin Eckermann with 9.4 in the first and 9.6 in the second round. In 2019 she was again in the Warendorf final after winning series in medium (M*) level show jumping competitions for young horses and medium (M**) level show jumping classes. There Chao Lee had to be satisfied with silver by a few hundredths of a second. The crowning finale of the season was the title win at the World Breeding Jumping Championships for Young Horses in Lanaken, Belgium. This makes Chao Lee by far the most profitable young German show jumper.  The dam's sire, Comme il faut and has his Olympic champion Ratina Z as his dam, who can be traced back to the successful Heureka von Ganeff via Ramiro and Almé Z. Under Marcus Ehning Comme il faut belonged to the silver team at the EC 2019 in Rotterdam/NED and finished fifth in the individual classification. Previously he won in Chantilly/FRA, Barcelona/ESP, Hickstead/GBR, Prague/CZE, Vienna/AUT, Madrid/ESP and Brussels/BEL. Comme il faut recommended himself as Vice World Champion Young Jumper in 2010 and Vice Bundeschampion in 2011 for the start of his career.