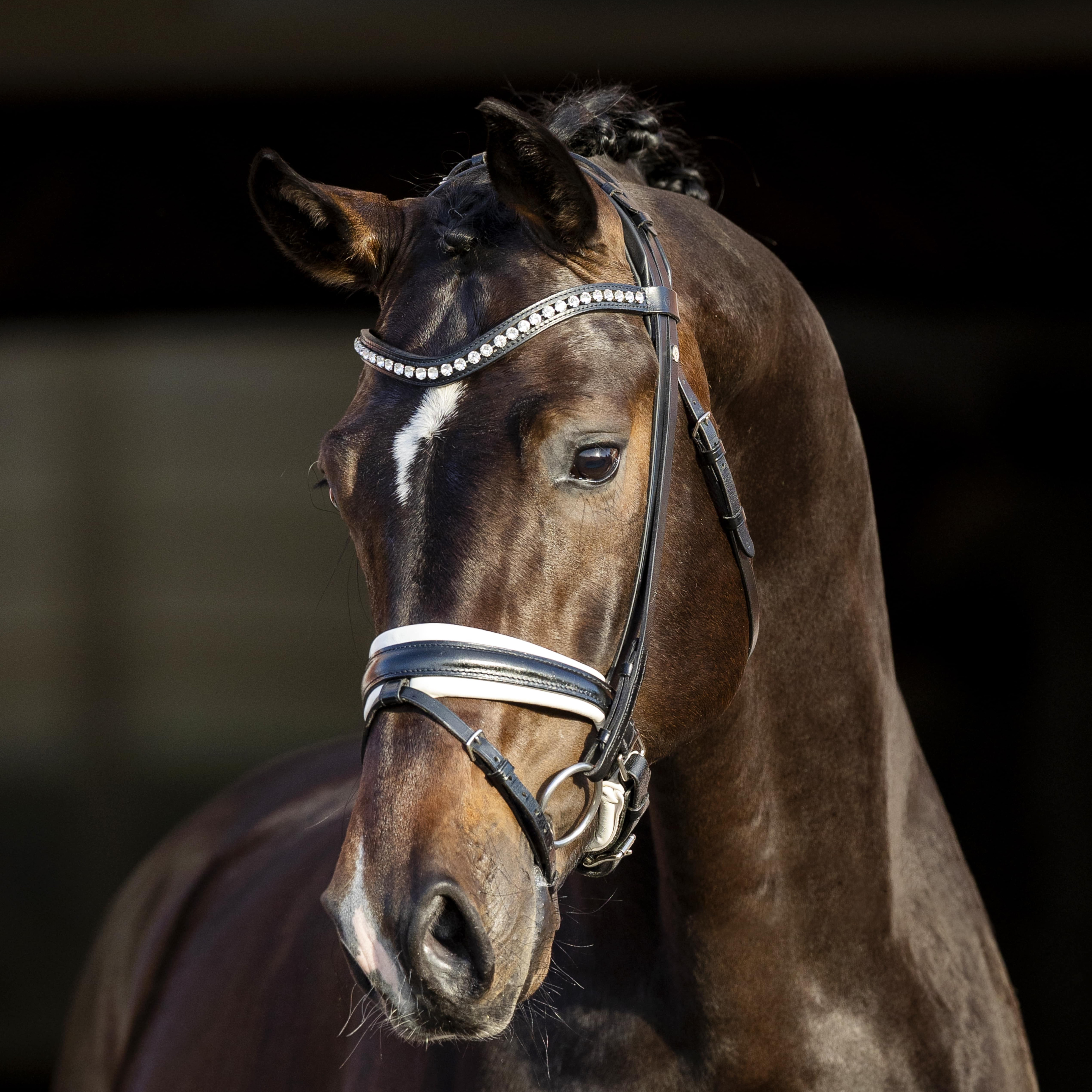 About - Fortron is a stallion who has a lot of confidence in his manner, an uncomplicated stallion who concentrates and excels. He is a modern, sporty type who has consistent and balanced paces which are essential in a sire. Having been praised by many on his positive attitude he was a favourite at his licensing as he is the whole package for people who are looking for a horse who is calm, positive and has the movements and talents of a top dressage horse.

Performance - At the Oldenburg stallion licensing in Vechta, Fortron was licensed and selected from a total of six premium dressage stallions, and was one of the absolute favourites of the knowledgeable and professional audience.

Sire - Fortron's sire For Romance II was a premium stallion bred by Paul Schockemöhle and is froma very strong family. His brother, the former champion stallion For Romance I, competes at Grand Prix and was honoured as the VTV Oldenburg Dressage Stallion of the Year 2019. His dam Gesina is also dam to the Oldenburg Verband's champion elite mare Fasine, the highly successful mares Best of All and Fürstin Gesine, and the stallions Feinrich, Don Romance and Fürst Donnerhall.

Damline - Fortron's dam line has been supplying S-level competition horses for generations, primarily in show jumping. Fortron's dam Down Under has even competed in dressage at M level. The dam line also includes stallions such as Don De Niro, Dream On, Sanletto and Royal Rhythmik. His dam sire De Niro son Desperados, who has been one of the world's top dressage stallions for a number of years. With his rider Kristina Bröring-Sprehe he has been part of the German national team and helped to win team silver at the 2012 Olympics, team gold at the WEG 2014 and team gold at the 2016 Olympics, where the pair also won individual bronze. In 2018 the former German champion retired from a long and glorious career with countless international victories.

Progeny -  The first foals born from this young stallion entered the world in 2021. As suspected Fortron has passed on his gorgeous expression, top exterior and his supple and elastic movement.