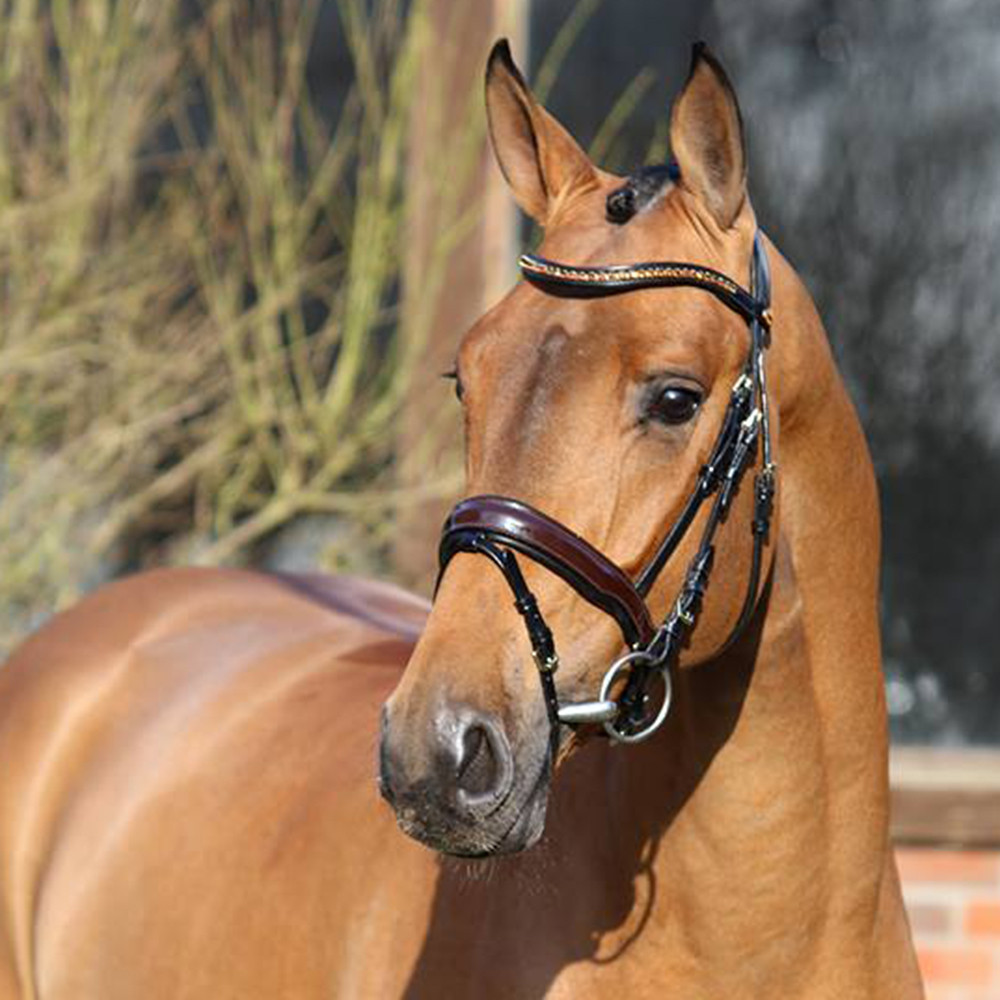 About - A compact, powerful young stallion descended from one of the very best German breeding mares. Jaloubet has everything a young stallion needs and is an exciting addition to the roster.

Sire - His sire Baloubet du Rouet needs no introduction. As individual gold medallist at the 2004 Athens Olympic Games, and three-time World Cup champion, Baloubet Du Rouet was undoubtedly one of the most successful breeding stallions of his generation. He won the French national championships for 7-year-olds under Nelson Pessoa, having been a finalist as a 6-year-old. Following his three successive World Cup victories (1998-2000), he was then not out of the top three in the following three years (2001-2003). Baloubet Du Rouet has been in the top ten of the WBFSH Sire Rankings every year since 2010, leading the rankings in 2012 & 2013. Grandsire Galoubet A jumped at the highest levels, winning team gold at the 1982 World Championships, and is one of the most dominant progenitors of jumping horses in the world.

Damline - The dam Krista has produced an impressive number of brilliant sport horses, including the grand prix jumper Obadja (by Ahorn), and licensed stallions Big Star JR KZ (1.50m jumper by Big Star) , Nadal Hero, Jaloubet K, and the sport horses Van Carnute K (1.40m jumper by Carnute), and Ramzes (1.50m jumper by Emilion. By far her most successful son is Jaloubet's three-quarter brother, the great Taloubet, who has an international record to dream of; €2million in prize-money, 105 starts in CSI5* competitions, 45 World Cup competitions, 26 international victories, 9 Championships and medals at Olympic, European and World Cup finals; Taloubet has proven himself time and time again as one of the best jumping horses in history. Not only has he been successful, but he has also been an exceptionally sound and tough horse; Taloubet never missed a season from 2008-2017, and nine of those ten seasons were spent jumping at CSI5* level. Taloubet won the World Cup Final on his first appearance in 2011, and qualified three more times in his career, finishing 6th in 2016. In the same season, Taloubet took home team and individual bronze from the Rio Olympics, after a stunning six-way jump-off performance including H&M All In and Big Star. In 2015, the German team won silver in Aachen at the European Championships and Taloubet finished 7th individually under his long-time partner Christian Ahlmann. Taloubet has won more than €400,000 on the Global Champions Tour alone with appearances at grand prix level far across the globe.

Grand prix jumpers Prime Time (by Polydor) and her son Wasabi (by Chronik Jmen) are also descended from the mare line, as are the dressage stallions Faveur (by Florestan) and Bvlgari (by Belissimo M).