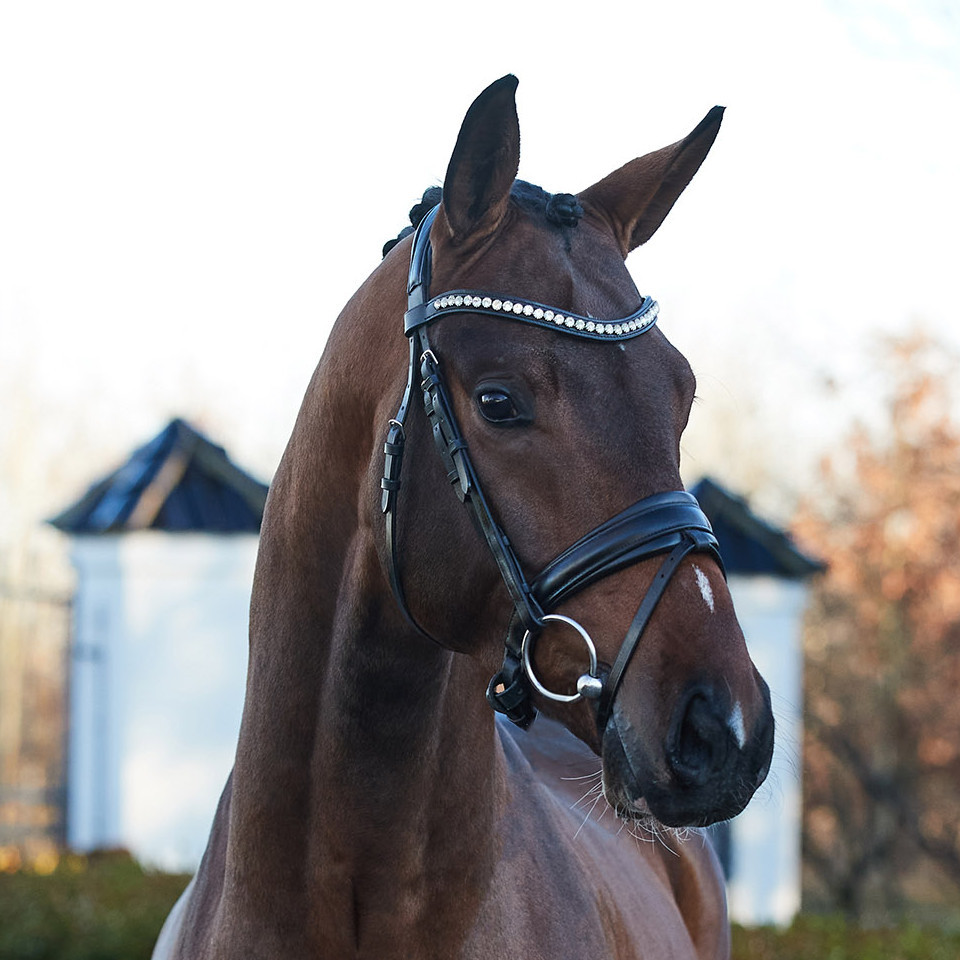 About -  Right from the start, Joshua's performance at the 2021 Westphalian licensing in Münster-Handorf was absolutely worthy of a premium. He already showed an impressive performance on the triangular course and also won over the licensing committee and the audience of experts on the lunge and at liberty. "A stallion with quite a lot of presence, with flowing lines, with good walk work, clearly regulated. Equipped with an incredible amount of power and can also implement this power well."

Sire -  His sire Jovian is a two-time dressage horse world champion. In both 2019 Five-Year-Old and 2021 Seven-Year-Old, he was in a league of his own. 2020 when he was a six-year-old, the World Championships were cancelled due to the Corona virus pandemic. In 2018 as a four-year-old he was a premium stallion in Denmark. When a five-year-old, he won his sport test in Münster-Handorf in superior fashion. In 2021, he produced his first licensed sons in Oldenburg and Westphalia. Jovian is also the talk of the town with his foals: Slangerupgaard's Josefine was the top-priced foal for 72,000 euros at the Danish Elite Foal Auction.

Damline - The dam, St.Pr.St. Baronesse von Varl, has already produced the licensed stallion Flashdance (by First Selection), who won the qualification for the LVM Championships under Henrike Sommer and celebrated series victories in tests for young riding and dressage horses.

The dam's sire, Belissimo M NRW, went on to win World Cup dressage competitions, was a four-year-old Bundeschampion and a five-year-old Vice Bundeschampion and World Cup finalist. He has over 60 licensed sons, 250 premium mares and 150 offspring in the advanced level, including Isabell Werth's Olympic champion Bella Rose. In 2018, Belissimo M NRW was named Hanoverian Stallion of the Year.

The pedigree is followed by D'accord and Debütant, two proven sires.

The third dam, St.Pr.St. Diskana, is also the third dam to the licensed Barrios (by Belissimo M) and Lecoux (by Laudabilis).

The fourth dam, St.Pr.St. Palisandra, was the 1982 Westphalian Champion Mare and produced the licensed stallion Ginelli (by Granikos).

The mare line also produced the stallions Designer (by Dramaturg), Discont (by Dirigent) and Ansitz (by Allerhand).