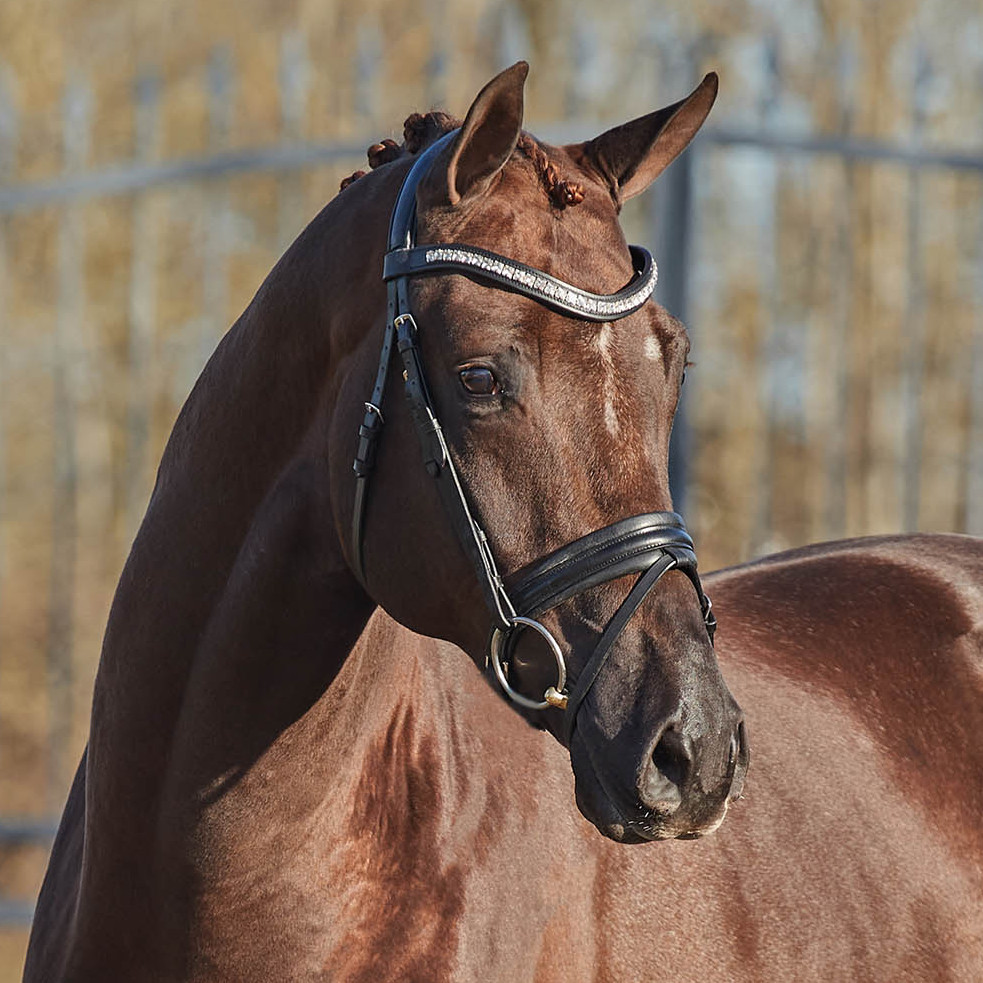 About- Opoque wows with his unwavering tact, maximum shoulder freedom and energetic hind legs. His three basic gaits walk, trot and canter leave nothing more to wish for. At the KWPN licensing, he deservedly entered the premium ring.

Sire- All at once, himself out of the first crop of his sire Ampere, was 2nd Reserve Champion at the Westphalian licensing in 2012. Under his rider Yessin Rahmouni/MAR, he debuted in the international Grand Prix in 2019 and placed in Exloo/NED, Randbøl/DEN, Le Mans/FRA and Rotterdam/NED. In 2021, the pair participated in the Olympic Games in Tokyo/JPN. Seven sons of All at once have been licensed so far. His first offspring are already successful in the international Small Tour, including Fürst Fabelhaft UZN/Lina Uzunhasan/USA and Jatilinda/Lars van Nek/NED.

Damline- The dam, Elite mare Ice Princess STH, is a half-sister to the dressage horses Jongleur STH (by Expression) and Identity STH (by Charmeur), who were successful up to Inter I level.

The dam's sire Davino V.D.O., who passed his stallion performance test in the Netherlands with a score of 85.5, produced the KWPN Champion Mare from his first crop. Two of his sons were licensed, including Incognito, who was successful up to Inter I level.

The third dam, Elite Pref. Prest. mare Vurona, who herself competed in dressage up to medium level, produced the two licensed stallions First Choice (by Jazz) and High Five U.S. (by Charmeur). The latter was Reserve Champion at his stallion performance test in the Netherlands. Her daughter Gorgeous Vurona (by Fürst Heinrich) produced the licensed stallion Viking (by Vivaldi). Out of her daughter Charming Vurona (by Dreamcatcher), who was successful in medium (M) level dressage, comes the KWPN winning stallion Knock-Out (by Ebony). Vurona herself is a half-sister to the Grand Prix dressage horse Axel (by Sandreo).