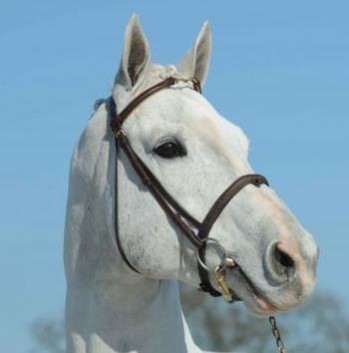 
Terms - €1200+VAT for unlimited attempts with frozen semen, for one named mare in one breeding season. If the mare is certified not in foal by the end of September, €850+VAT will be refunded.

About - President is one of the best sires of international winners, and offers fantastic value for money. He produces easy and stylish horses, and is well-suited to large-framed mares.

Performance - President was the champion of the 6-year-old final in Belgium, and competed internationally under Guido Bruyninx for Belgium before focusing on his breeding career.

Sire - Clinton is a grandson of the great Cor de la Breyère via his influential son Corrado I. Clinton has produced 70 grand prix jumping horses and over 60 licensed sons, including the great Cornet Obolensky, plus Consul DL Vie Z, Cordess, Utrillo van de Heffinck, and many more. In his own competitive career under Dirk Demeersman, Clinton was second in the Aachen grand prix, fourth in the Rome grand prix and competed at the 2004 Athens Olympic Games. Clinton's full sister MS Franziska is the dam of grand prix jumper and licensed stallion Contact Van De Heffinck, while other mares from the same dam have also produced licensed sons and grand prix jumpers.

Damline - President's pedigree reads like a 'who's who' of great showjumping sires, with Voltaire, Le Mexico, and Marco Polo in a line. His dam also produced the elite grand prix-jumping mare Orashi (v. Cruising), and the licensed Ekstein son Ulysses M2S, who jumped up to 1.50m level. The damline has produced the grand prix jumper Tiroka, and a good number of 1.50m-jumpers.