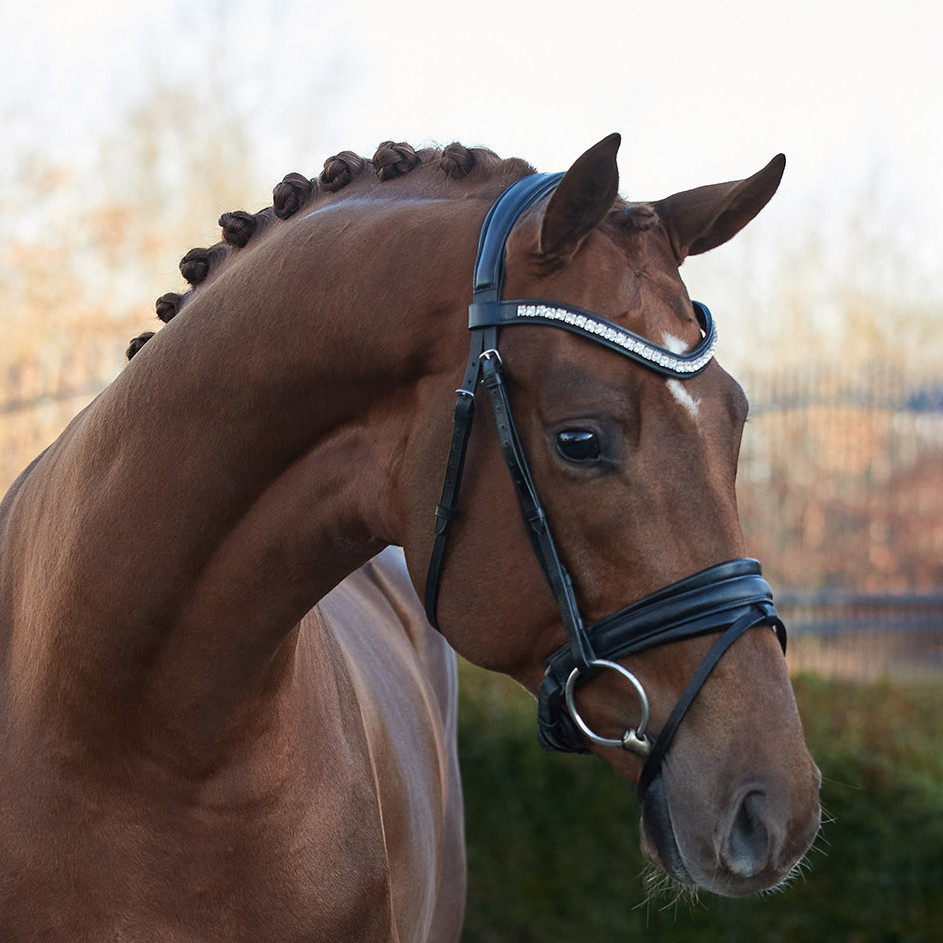 About - "Very superior, master of the situation, with almost ethereal presence. A dressage horse through and through. With enormous elasticity in its sequence of movements. With a lot of natural carrying capacity, as you would like it to be. A stallion that you can very well imagine at the next championships. He comes from a very successful Oldenburg breeder's house of Merveldt from Vechta", praised breeding manager Bernhard Thoben the newcomer Value, who was ranked at the premier position on the premium ring at the Oldenburg Stallion Days 2021.

The mother father Floriscount was HLP dressage winner and overall second in Schlieckau in 2008 (foreign rider 10), then won in dressage horse competitions including the qualification for the Federal Championship and finished second in the Burg Cup final in 2014 under Oliver Oelrich. He also received the VTV Dressage Stallion of the Year award in Oldenburg. With the breeder's daughter Patricia von Merveldt he went victorious to Grand Prix. 20 of his sons were licensed, including the Grand Prix-placed Ferdinand/Kim Pfeiffer.

In third and fourth place in the pedigree follow the two line founders Lauries Crusador xx and Donnerhall.

The third mother Dubarry brought the Inter I dressage horses Laudon and Lexus (both from Lauries Crusador xx). Her full brother Dubloon and her half-brother Lago Casablanca (v. Lauries Crusador xx) were licensed, Dubloon was successful for Great Britain in international para-sport.